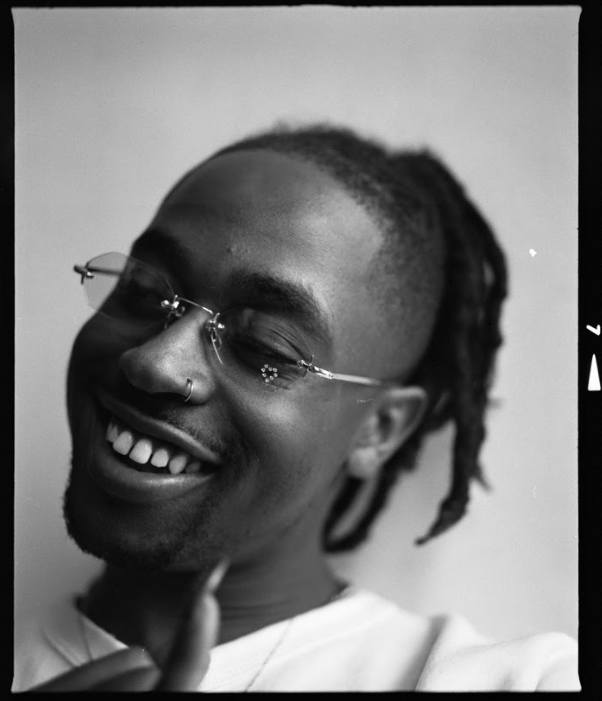 Todd White, also known by his alias, Labelsndollas, is a 23
year-old Kent State University fashion student and stylist. The Cincinnati
native, is on the cusp of making a name of himself, as one of Meg Thee Stallion’s
personal stylists. Back from Los Angeles, after filming the music video for
Thee Stallion’s hit ‘Big Ole’ Freak,” White manages some time to speak with me on
the phone about chasing careers from the classroom, styling ‘Meg’ and
challenging stereotypes of the Midwest.

“I’ve been doing my own shit since 2015,” says White.  “That’s when my ambition went more to what my
dreams could be.”

White is the type of person who makes due of his
resources. He’ll turn a polyester dress into the next fad. A toy cellphone, a
fashion prop. A homework assignment, a trip to New York. It’s truly a gift to
finesse the best from small handouts. He would get his first taste of styling
at his first job at a Forever 21. “People used to call me Mr. Stylist,” he
tells me, “I had a manager who would just put me on the floor to help people
put looks together while they shopped. I would clear those racks out.”

Now the young creative oscillates between his classroom
to celebrity wardrobes, as he aspires to make a name for himself in the world
of fashion.

“I would sign up for something at Fashion Week and just leave,” he
laughs. “You can’t wait ‘til you graduate to do what you want to do.”

White loves camp. Even though, the stylist, can be found in a
distressed Harley Davidson tee, leather pant and his iconic pinky nail, he
enjoys styling women like life-size Bratz dolls. “I like tacky but leveled up,”
he says,” like, latex and vinyl are my favorite things to see on a woman’s
body.”

White follows suit of stylists like Alix Friedberg and Vikki
Barrett, responsible for their stylistic, Grunge-pop, costume designs during
the teen film era of the late-90’s and early aughts. Inspired by the femme
color pallets in films such as, Clueless,
But I’m a Cheerleader and Jawbreakers, he says he also finds an
intersection of influence from Casino,
The Fifth Element, Playas Club and Lil Kim’s iconic “Crush On You” music
video. “That’s one I’ll always refer to.”

It would be this range of influence that would later make White compatible,
as stylist to rapper and fellow cinephile, Meg Thee Stallion.

“I had to get my hands on her,” he says. “I was in the car when I
heard her first freestyle that went viral. Like, I haven’t heard any of these
new girls in the streets like her.”

“She was posted a BTS [behind-the-scene] of “Make a Bag.” She was
in this cute white, fringe outfit with a cowboy hat. So, I DM’d her and said ‘I
have so much stuff that you would love, then started sending her cowboy hats
and different looks I would style her in,” he continues, “then she DM’d me back
and was like ‘let’s do this.’”

Even though, both had expressed interests in each other’s talents
it took a while for the pair to actually meet. While working at New York
Fashion Week, he sees a post that Thee Stallion would be performing in New
York.

“So, I messaged her that I was in New York, and should meet. I
felt so defeated; she wasn’t going to see it. I knew a lot of people would be
blowing up her phone because she was performing.”

The next morning, White woke up to three words in his inbox: Let’s
do it. The rapper would forward White her late mother’s and former manager’s
number to set a meeting with the eager Ohioan.

“I spent like three hours in Topshop,” he laughs, “I didn’t have
anything with me so I just had to pull it all together last minute.”

I ask what it was like on their first meeting, he says “her mom
texts me to come to their hotel room but I was nervous. Her mom had just told
me ‘I think she already has something to wear, you could come by if you want,’
so I was like, ‘wow, I just spent all this time in Topshop and she might
already have something to wear, so I was just anxious.”

“I was scared it wasn’t going to work out but once I got to the hotel
and was in the room with them, I felt good in that moment. I was like ‘cool,
I’m comfortable.’”

White makes it right on the first on his first look. “I pulled out
this blue vinyl outfit and her mom was like ‘Oh, she’s wearing that. I’m really
grateful.”

Since then White continues to be linked to styling the
up-in-coming starlet. He worked alongside, celebrity stylist,Farren Fucci for
putting together looks for the sex-bomb-meets-bubblegum-pop theme for ‘Big Ole’
Freak,” mixing high and low pieces, including vintage Vivienne Westwood

“People get so caught up with designers. For me I love working
with Meg, because she embodies the attitude. Me, styling, is to compliment her
attitude. It’s the person who is wearing it, is who is taking it to the next
level. Megan does that.”

When I ask White where he gets the stamina to juggle both Thee
Stallion and school, he says, “honestly, I don’t know, ‘cause I’m narcoleptic.”

When White is off the road, he makes his home in
Cleveland, OH where he makes a half of a fashion collective, FashionHaus, with
his friend and partner, Ivan Huang. White and Huang founded, FashionHaus, after
recognizing their city’s absence of a space where fashion and art could meet.

“Ivan and I were just in the car chillin’. We were
probably in there talking for hours. Him and I were talking about how we wanted
to work for our own agency,” says White. “We wanted to work for ourselves and
what we are passionate about. We really want to be a source for Cleveland music
scene, like, be their go-to. It honestly went so fast. We thought about it one
day and jumped on it the next.”

Since 2018, the pair have curated four events, where clients worked
with them as on-site stylist and photographer. With no specific themes, studios
transform, in whatever wave that’s crashing into their imagination. As custom,
the day of back-to-back bookings, finale with a night of good music and Dixie
cups full of Tito’s Vodka.

“February to April we were going hard,” says White. Yet still, the
hustle is nothing new.

It didn’t take long before a compilation of artists, models, musicians
and culture gazers gathered into their underground scene. The outfits are
intentional, the attitudes are too. FashionHaus was taking part in, much of
what is happening in Ohio, a potential Renaissance of artists defining culture
in the MidWest.

As a fellow Clevelander, it’s rare to be in scene that’s absent of
banal Cleveland sports gear, a ‘216’ tee, an Ohio keychain with a heart carved
just below Lake Erie. It feels like a challenge. A dare to the city to cultivate
something new.

It turns out our conversation had become a needed recess.
It’s been a long evening and it forecasts more work. I give White a nudge that
I have to wrap up and he responds with a deep sigh. Suddenly, the pace jolts.

I wait, listening to the
muffles of his ear pushing closer into his phone.

“Is that Solange,” White asks. When I tell him, I’ve been looping Solange’s
album, When I Get Home, since its drop, he immediately yells, “Oh my God,
Almeda is my shit!”

Our departing gets post-poned. We have to talk about Solange. “She’s like my Gospel
music,” he says right before sharing how his fortune is serendipitous to Solange’s music career.

“I feel like, my life changes when Solange drops an album. Like, I
feel connected with the timing she drops new stuff. When A Seat at the Table
came out, during that time I was starting to make moves and I was like ‘I’m
doing my own thing.’ For that to drop and it be a moment of time for me. I feel
like she drops, when something is happening for me. This is a good time to
reflect.”

After another deep inhale, he does just that.

“Learn from other people and be involved as much as you can.
Networking is most important. You have to talk to people you have to do PR. You
have to want to not be lazy. Always be resourceful. Be the hardest worker in
the room.”

In about an hour, Todd would be catching the Greyhound from
Cleveland, OH to New York City. A last minute, but critical decision to be with
rapper, Meg Thee Stallion, for a week of press conferences. I ask him, how he
feels styling his first press tour, he says, “It hasn’t hit me, because I’m
trying to do more and be more in the moment and appreciate what is happening
now.”

On his ride, it can be certain, White, glasses tinted blue from
the glow of his laptop, was in thrusts of juggling time to study for exams, last
minute fashion requests, and sending more emails to professors requesting
another extension.

“It’s all going to work out. I’m just going to keep speaking it into existence.”

D’asia Simone Gets Into Her Element